Experience buffet lunch at Melba Restaurant with an open kitchen featuring the best locally-sourced produce and innovative dishes from around the globe.

Our lunch sample menu provides an overview of the many dishes we currently offer.

$10.00 discount applies to seniors upon presentation of a seniors card when paying your account. Please note we do not automatically apply seniors discount unless guests present their seniors cards. Cannot be used in conjunction with any other offer.

A surcharge of 10% applies on all Victorian public holidays. 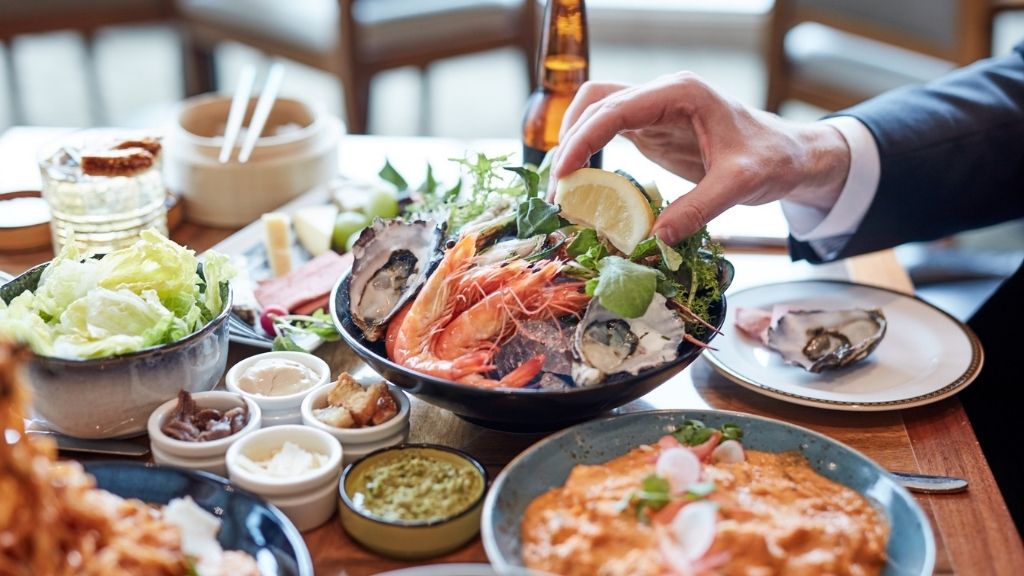 Fresh Seafood from the Coast of Australia

From the Farm and Garden of Victoria

From the Paddock of Victorian High Country

Kids' Corner (Saturday and Sunday only) 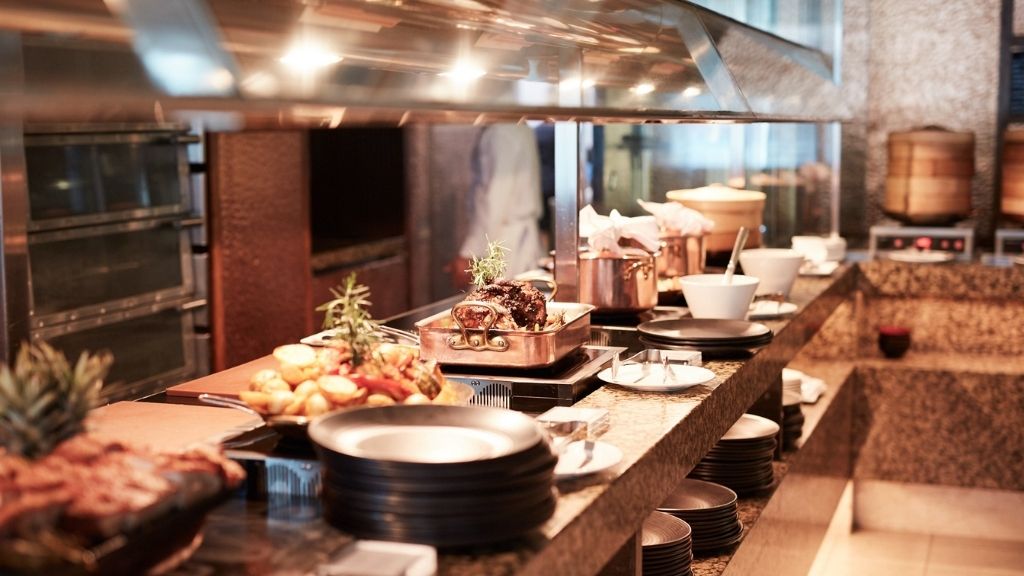 At Melba Restaurant we are committed to sourcing local and fresh produce. As our menus change seasonally, so does the produce we use. Our restaurant Chefs would like to share with your the seasonal produce currently available on the lunch menu.

Nurtured in the pristine waters of the Great Southern Ocean, the rare and celebrated Jade Tiger Abalone has a stunning green shell and tiger stripe, and is fed by the cold, oxygenated and nutrient rich waters that sweep up from the Antarctic.

During June to December when the water temperatures are coolest, scallop is in the best eating condition at this time of the year. The Port Phillip Bay (Dive) Scallop Fishery is classified in the 2016 Australian Status of Fish Stocks as ‘Sustainable’.

It’s good to be the king. Our prawns arrive off the Mooloolada trawlers wild- caught. King prawns have a lovely almost iridescent blue purple colouration on the tail and sweet flavour when cooked.

Fremantle Octopus is wild-caught in an environmentally friendly and sustainable manner from the clear, clean blue waters off the Western Australia’s coast and is widely considered by foodies as the best in the world.

Streaky Bay Marine seafood from the pristine waters of Eyre Peninsula “Australia’s seafood frontier”. We adore crayfish, preferring the locally caught southern rock lobster for its sweeter meat to some tropical and Western Australian species. That said, any lobster, from any waters of the world, is a thing of joy to eat.

Port Phillip and Western Port are ideal locations for marine aquaculture because they have clean oceanic and bay water of the right temperatures to grow shellfish. Portarlington Mussels, on the Bellarine Peninsula, are said to be some of the best quality, tastiest mussels in the world.

The unique maritime climate of the Mornington Peninsula is fertile ground for everything from avocados to artichokes, broccoli to beetroot, herbs to heirloom vegetables and distance is less than an hour’s drive from Melbourne.

Hazeldene’s has its roots in Kangaroo Flat, a suburb of Bendigo in Central Victoria, Dick and Mavis Hazeldene became a formidable partnership in 1951. Their drive, professionalism and ultimate success saw the establishment of free-range chicken coops at Lockwood.

The wild stretch of ocean known as “Bass Strait” carries the cleanest air in the world over the pastures of Tasmania and Southern Victoria. These special lambs that go into the Roaring Forties selections came from between the 36th to the 50th  degree parallel – containing famous regions like Flinders Island, Cape Grim and Gippsland.

Our selection of pork is raised in a stress-free environment and have the freedom to play and wallow in the mud, and feed at will. Raised in Oaklands in Central NSW.

We have been handcrafting fresh pasta right here in Melbourne since 1985. And since then, have grown from a much- loved local pasta shop to an industry renewed producer of fresh pasta.

We work with one of the best Australian milk suppliers – the milk mainly comes from the Smith Family Organic Farm on the Great Ocean Road. The Smiths look after their pastures organically with no pesticides. They don’t feed their jersey cows any silage, which makes for happy cows and great milk.

Bulla Dairy Foods is an Australian dairy company that manufactures a national and export range of ice cream, table cream, yoghurt, sour cream, cottage cheese, and imitation cream under various brands. The business was established in 1910 and subsequently became a partnership among three inter-related families, who continue to own and operate the business. The company’s name was established from the origin of place in Victoria.

The buffet menu changes daily however food items are labelled accordingly. Should you require further assistance please inform a food & beverage attendant and the chef in charge can escort you around the buffet.

Whilst every effort is made to accommodate dietary requests, guests are advised that no guarantees as to the absence of any ingredient can be made. We cannot guarantee completely allergy-free meals from the open kitchen or buffet. This is due to the potential of trace allergens in the buffet environment and supplied ingredients. 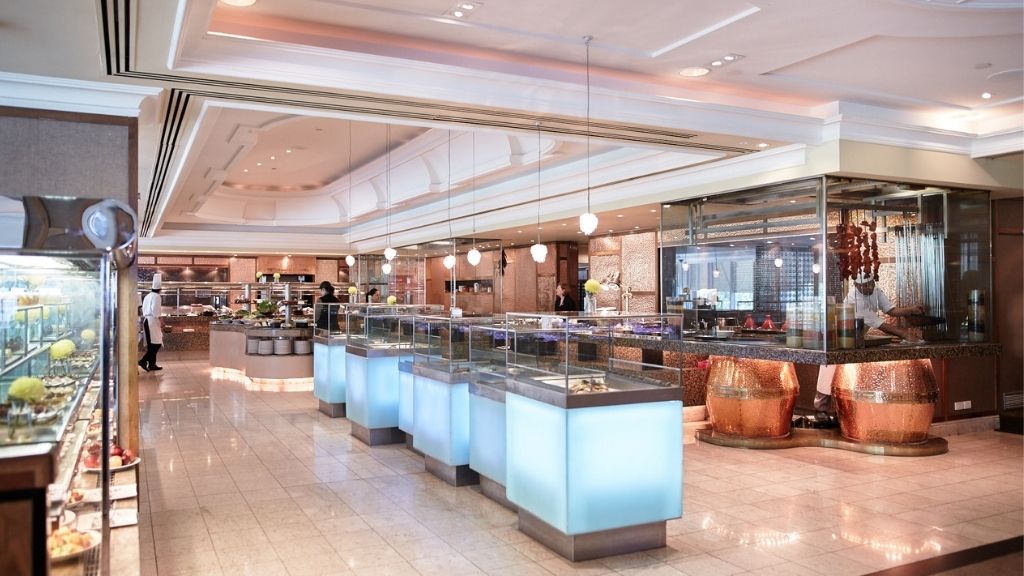 Click here to make a booking through Quandoo. Alternatively, call 1800 641 107 or email rest.res@langhamhotels.com.

This offer excludes special events. Prices quoted are subject to change without notice. Menus are subject to change due to seasonality. Fees for credit card payments apply, click here to learn more. We are delighted to assist with splitting bills upon request but this is limited to a maximum of four (4) ways.

Please note for each booking we retain $60.00 per person as a cancellation and no show fee after 48-hours. All payments are strictly non-transferable and non-refundable. Increasing reservations is subject to availability.

At Melba Restaurant the health and safety of our patrons and colleagues remains a top priority.

All patrons are required to wear a mask when entering the restaurant. While walking around food stations, listen and adhere to instructions and obey signage. For any further assistance please speak to our Food & Beverage attendants.